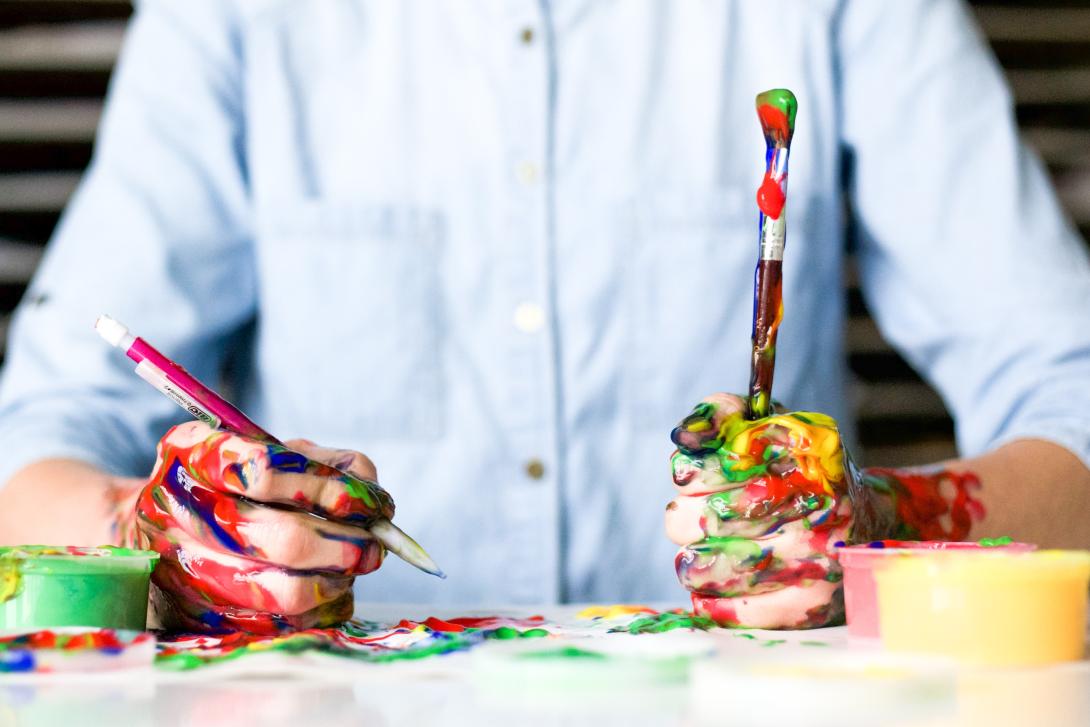 Photo by Alice Dietrich on Unsplash

A long time ago, in a land far away, I had no idea how to code. I was really into video games and cartoons growing up (like pretty much every other kid born in the mid-80’s), but not for the technical stuff. I was really into the art. One of my favorite past-times as a kid was to snag a strategy guide or game industry magazine and copy some of the characters into my sketchbook. I didn’t know how to code, I was just here for the pretty pictures. Today, I want to share part of my story, I hope it encourages you to dive into to programming head first if you have any inkling that you might like to try it.

Despite starting out life as a purely liberal arts-focused person, I’ve been getting paid for writing code for the last five years, starting as an apprentice, and moving all the way up to team lead, managing a handful of frontend and backend developers on some pretty sizable web projects for multiple universities, non-profits, and small businesses.

Looking back, it’d have been hard to convince a young debt-free me that it was possible to get into this industry with very poor math skills, and very little formal training in anything related to computer science.

I don’t want you to have to as long as I did to figure this out, so here goes, let’s see if we can fix that.

I Had No Idea Whatsoever How to Code

Where I grew up, programming was for super math nerds, not something one of us meager artsy kids would dare attempt (especially not ones with ADHD). The first time I tried to hack on a game, I ended up making the family copy of Doom completely unplayable when I started entering random characters into the obfuscated compiled code.

Staring at that editor, after trying to hack Doom﻿, I decided pretty definitively that no human could understand this jibberish and summarily gave up the idea of ever making my own games.

Then I Gave Up on Programming

From this point forward, I pursued the other side of gaming and entertainment for the rest of my youth, taking as many art classes as I could, eventually getting a technical certificate in Graphic Design, and eventually a Bachelors in Art from Ithaca College.

I learned a little bit of 3D modeling along the way, but since this wasn’t the focus of either my Graphic Design or Art curriculum, and I ended up staying in upstate NY instead of moving to one of the gaming/film epicenters of California, not much ever came of it.

Along the way, I had a few chances to briefly dip my toes into ‘web design’ or so I called it. In middle school, when the web was just in its infancy, I participated in some enrichment courses that taught us super basic HTML. I quickly forgot most of what I learned, but the experience helped me get comfortable with the idea of building web pages.

While in college, I still wasn’t really aware of where the future would take me, so I only ended up taking a single class on basic web development from the CS department as an elective while focusing far more of my time on art and music classes (I briefly believed I might become a music producer).

I distinctly remember a few things about this class. I thought CSS as the dumbest thing ever. “Why not just write the styles inline? Loading another file is so much work and sounds so stupid!” I remember seeing a couple of the basic Javascript examples in our text book and thinking, “Dear God! I am so glad we don’t have to do this stuff in class. It looks like some weird nerdy math stuff and I don’t understand any of it!”.

I graduated from IC with my BA and promptly went to work at just over minimum wage, at the peak of the recession.

I spent about the next seven years straight at work hell. I started my full-time post-college career as a machine assembler and then mosied over into the cubicle farm as a customer service agent until I got so miserable that I convinced myself I had﻿ to do better.

After some pretty deep soul searching, where I learned to harness my ADHD, I decided that I was determined to change careers and enter web development. I decided that I could learn how to code without any more expensive schooling and started with one of the best web courses ever: Rails for Zombies.

Rails for Zombies, as described by Gregg Pollack himself

Learning How to Internet…with the Internet?

At the time, Codeschool’s Rails for Zombies was unlike anything I had ever seen. You could run through the entire course with nothing but a web browser. You didn’t need a special code editor, you didn’t need any compiler, IDE, or other tools on your machine, just a web browser and a little patience..

Rails for Zombies used a great teaching system of a video lecture with slides, followed by in-browser coding quizzes to solve problems of building a real application. I think the course was free when I initially took it too!

Set Loose on the World

Immediately after I finished the course, I began working on v1 of my “I am a real web developer!” website in Rails, which other than a screenshot I shared on facebook, never saw the light of day.

I know it was cheesy, but it was fun

The fact that the site never got published didn’t really matter though. I wrote real CODE, based on some information I found for free on the internet. I was even able to do a little bit of inferring how to do a couple things that the course didn’t cover, and started utilizing every web developer’s most import skill: Google-Fu

At this point, I still wasn’t working in the industry, but it didn’t matter. I’d say this was the turning point, the point when I realized that programming really wasn’t all that difficult﻿, that artsy people can learn this stuff pretty easily.﻿

You Can Learn to Code

That’s what I want you to take away from this post, you CAN learn to program, even if you aren’t into math, even if looking at code currently looks like someone threw some spaghetti against a wall.

Get started with something like Rails for Zombies. Codeschool has been bought by Pluralsight, and I haven’t yet tried any of their courses, but you can sign up for the migrated version of Rails for Zombies here: https://www.pluralsight.com/courses/code-school-rails-for-zombies

In the next post, we’ll get a little less “Dustin history” and we’ll explore something else that I think was crucial to my transition into web development: Using Linux!